« DurbanJack Herer »
Back to: Feminized Seeds 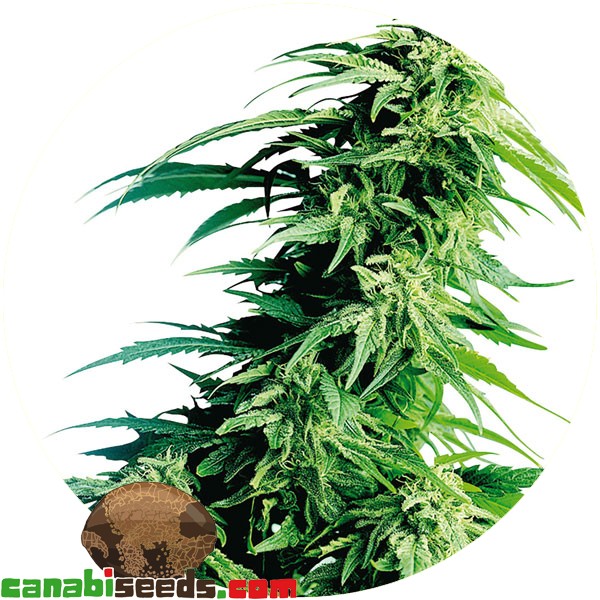 SEN.137
Hindu Kush has the same distinctive spicy aniseed and sandalwood flavours and aromas as the treasured original, the same rewarding growth patterns and yield potential, but now in a reliable feminized expression that makes it easier than ever before to cultivate.
Not Rated Yet Seed Bank Sensi Seeds

Sales price 6,00 €
Sales price without tax 5,45 €
Base price 5,45 €
Base price for variant 5,45 €
Variant price modifier:
Salesprice with discount
Discount
Tax amount 0,55 €
Price / kg:
Ask a question about the seed
Hindu Kush has the same distinctive spicy aniseed and sandalwood flavours and aromas as the treasured original, the same rewarding growth patterns and yield potential, but now in a reliable feminized expression that makes it easier than ever before to cultivate.

Hindu Kush Feminized cannabis plants have compact stature, a short flowering time and a good resistance to less than perfect growing conditions. Plants grown from these cannabis seeds will develop a thick coat of trichomes to help protect their flowers. These strains are also resistant to mould and disease. Beginners and anyone struggling with less than perfect gardening conditions are sure to appreciate the resilience and generous nature of the Hindu Kush Feminized strain.

In the hands of growers with some experience, and/or given a longer vegetation period to allow the plants to achieve a bigger size, yeald can be increased. Plants grown outside in free soil in warm, Mediterranean climates with long hot summers can achieve very impressive heights.  Hindu Kush Feminized produces short, strong lateral branches that easily support the dense buds which rapidly swell during the weeks of blooming. The main focus of flowering energy however is sent to the central cola. This is where the ‘prize’ bud will develop. This growth pattern means that Hindu Kush Feminized is very well suited to cannabis growing techniques such as SOG and lollipopping.

The aroma of Hindu Kush Feminized is a subtle yet distinctive combination of spicy woods and classic earthy Afghanbasenotes. It’s a warm, inviting smell with a heart of charas that definitely speaks to the indica lovers!

When consumed, this strain imparts a feeling of deep peace and tranquillity that is very relaxing.  However, the clarity of the stone is such that it is not really a ‘couchlock’ experience. Hindu Kush is definitely effective at relieving stress, nausea, and pain, but does so without the ‘knockout’ effects that are not always desired by users.

Hindu Kush Feminized is a is a feminized strain, which will only produce plants that flower as females.

The Hindu Kush strain has large proportion of Indica genes in its background.

Hindu Kush will have a comparatively short flowering time.

Hindu Kush will have relatively small height gain during the flowering phase.

Hindu Kush will produce a decent amount of bud

Hindu Kush can be grown outside in a warm, sunny climate with a long summer.