« Purple MexicanCaramelo »
Back to: Feminized Seeds 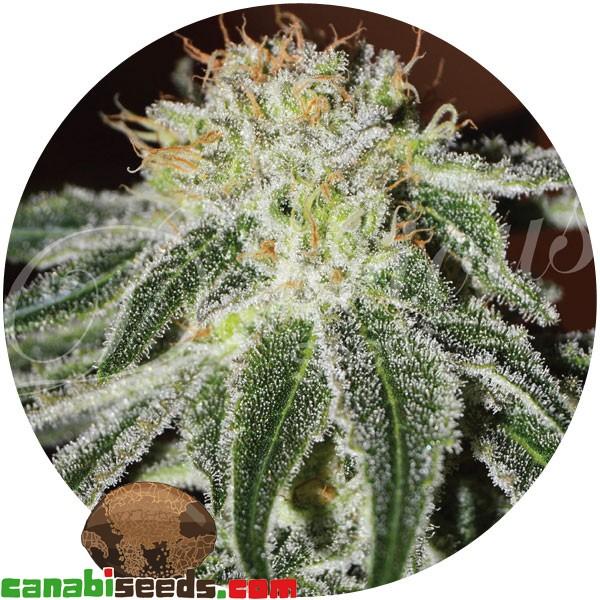 Sales price 9,50 €
Sales price without tax 8,64 €
Base price 8,64 €
Base price for variant 8,64 €
Variant price modifier:
Salesprice with discount
Discount
Tax amount 0,86 €
Price / kg:
Ask a question about the seed
Black Russian is a very easy plant to cultivate as growth during the start of the flowering phase isn’t excessive.

Black Russian is the result of crossing two legendary indicas with potent medicinal effects: White Russian and a splendid Black Domina mother, a selection of the famous phenotype known as “domina”.

The latter is a real jewel and well known among the best growers across Spain. It’s a very easy plant to cultivate as growth during the start of the flowering phase isn’t excessive.

It’s compact yet well-branched, making it one of the great Indica yielders. It produces a large amount of flowers in very dense buds. One of this strain’s most desirable characteristics is that very few leaves grow between the buds.

The flowers produce abundant fruity-smelling resin with citrussy and earthy notes probably due to its Afghan ancestry.

The taste, which is denser than its smell, is very sweet and citrussy: like a fruit salad with lemon juice.

The effect is markedly indica, relaxing and long-lasting, making this a highly recommended for medicinal usage.

It’s also very rapid, immediately noticeable in its effects when inhaled whether smoked or vapourised.

Furthermore, with Black Russian, a low tolerance is developed to its effects, meaning that it remains potent even if we only consume this strain of Cannabis during a long period.