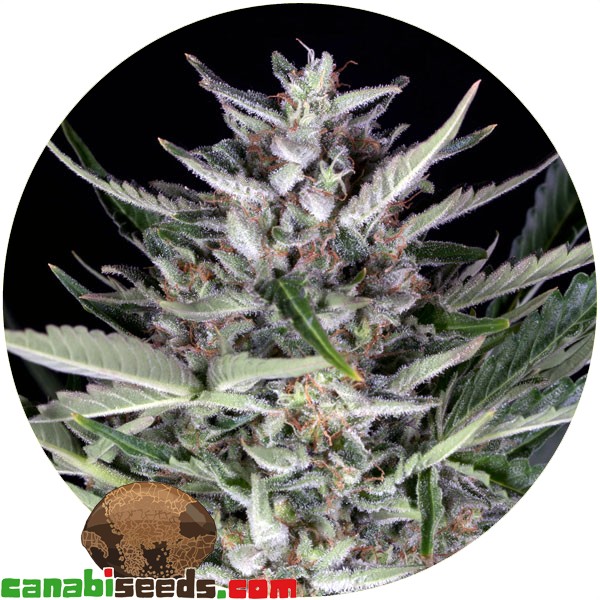 DIN.082
Gorilla Autoflowering is the autoflowering version of the powerful and resin covered Gorilla!
Not Rated Yet Seed Bank Dinafem Seeds

Gorilla Autoflowering is an autoflowering cannabis seed that meets the needs of growers living in regions with cold climates and short summers. This automatic version of the super-potent Gorilla adds an extra dose of strength and sturdiness to her feminised predecessor thanks to the Ruderalis genes in her and grows as quickly as any self-respecting autoflowering plant. Without depending on photoperiods, this quick and sturdy plant will be ready for harvest in about 75 days from germination.

Gorilla Autoflowering is half Indica, half Ruderalis. Rather small in size, she’s the perfect strain to grow in confined spaces or discreetly in any balcony or garden. Despite her fairly bushy structure, her internodes are long enough to allow air and light to flow freely within the canopy, preventing the appearance of any moisture-related issues. Her colouring doesn’t differ much from the one found in the feminised version of Gorilla: lime-green, with an extra layer of frosty crystals on her buds during the closing days of flowering.

The yield offered by the autoflowering version of Gorilla is almost as amazing as her feminised predecessor’s. Her resin yield is her most remarkable trait, and no wonder given her lineage. Unbeatable trichome and resin production that is in no way curbed by her Ruderalis genes.

Gorilla Autoflowering is packed with predominantly diesel nuances. Gorilla brings the scent of Diesel to mind, so the result of mixing her with an OG Kush Auto is a way stronger oily aroma.

Despite her crushing THC levels regularly testing around 19%, she’s not a devastating strain. Her predecessor was desired for her mind-blowing potency; this autoflowering version, however, is slightly less powerful. Don’t you underestimate her, though, for her high is still incredibly potent, euphoric at first but increasingly more narcotic and relaxing over time.