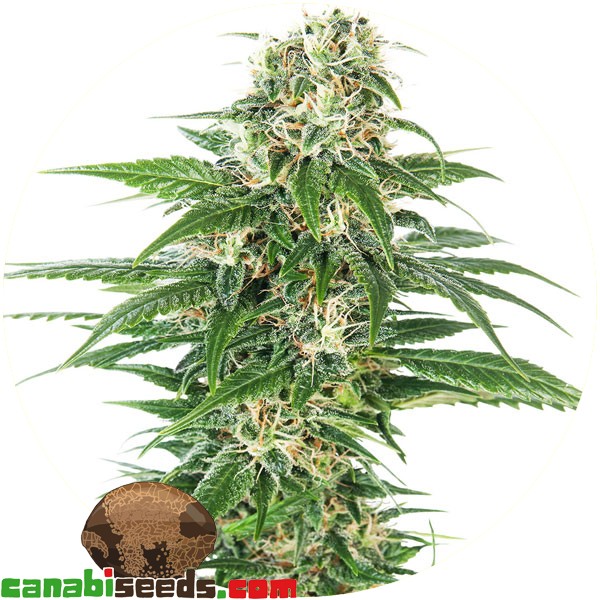 SEN.136
A grow-anywhere powerhouse, Early Skunk Auto was bred to flourish in short summers, to resist pests and fungus and to deliver knockout harvests!
Not Rated Yet Seed Bank Sensi Seeds

Sales price 9,00 €
Sales price without tax 8,18 €
Base price 8,18 €
Base price for variant 8,18 €
Variant price modifier:
Salesprice with discount
Discount
Tax amount 0,82 €
Price / kg:
Ask a question about the seed
A grow-anywhere powerhouse, Early Skunk Auto was bred to flourish in short summers, to resist pests and fungus and to deliver knockout harvests!

If you’re looking for an easy, fast, feminized seed strain which will produce high potency buds in almost any environment and circumstance, look no further than Early Skunk Automatic seeds! With no need to worry about male plants or inducing flowering, this is a great strain for beginners. From a garden to a balcony, from a sunny, south-facing window to a far northern summer where the ‘midnight sun’ causes very unusual photoperiods - Early Skunk Automatic is the ideal choice!

Plants grown from seed will begin flowering after a certain period of vegetative growth, rather than being triggered to flower by a short or declining photoperiod (light hours per day). For Early Skunk Automatic, this is usually around the time plants produce their 6th to 9th pair of full-sized leaves - which typically takes 5 to 6 weeks in decent growing conditions. Buds are generally at their ripest 6 to 8 weeks after flowering begins.

After drying, buds remain sticky due to a thick, velvety coating of resin glands. Their sweet Skunk aroma has sharp, spicy undertones from this variety’s extra sativa component. Our favourite, most potent examples have a more open flower structure and particularly large calyxes. Plants with a denser, more closed Afghani bud formation may yield slightly more per plant.

Early Skunk Automatic has the warm, powerful, body-centred effect common to the Skunk family, which is improved by the smooth, buoyant high from her reinforced sativa lineage. When smoked or vaporized, her effects are immediate and long lasting - enough to satisfy experienced cannabis connoisseurs without being too overpowering for medicinal users or occasional smokers.

The Early Skunk Auto strain has large proportion of Indica genes in its background.

Early Skunk Auto will have a comparatively short flowering time.

Early Skunk Auto will have relatively small height gain during the flowering phase.

Early Skunk Auto will produce a decent amount of bud

Early Skunk Auto is a tough, early flowering strain suitable to be grown outside in most climates