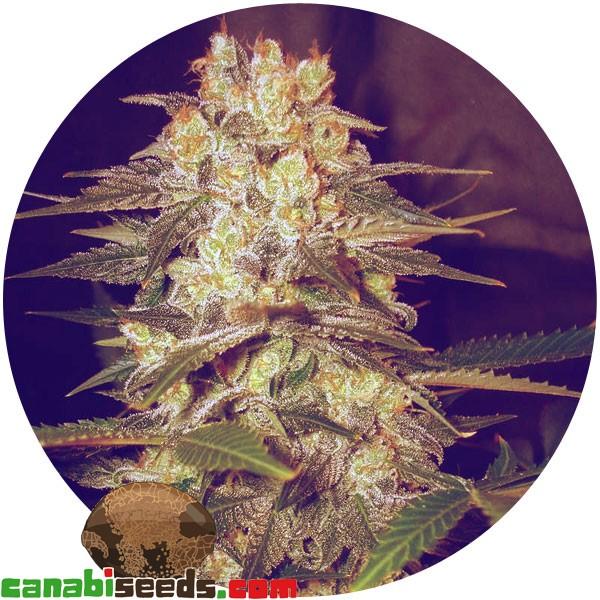 Not Rated Yet Seed Bank World of Seeds

Afghan Kush Ryder is a cross between Afghan Kush and Ruderalis. Our Afghan Kush comes from Kush strains with 100% Indica genes cultivated in a small area in the Hindu Kush mountains in Northern Pakistan.

This cross is a good example of Cannabis Ruderalis, which, over the generations, has been crossed and re-crossed to produce a strain with Indica characteristics and autoflowering genetic programming of Ruderalis. Afghan Kush Ryder can be grown indoors or outside and can reach between 40-80cm or even higher. The effect is extremely potent, so relaxing that it’s almost narcotic, which is why the medicinal value is so high.

The taste and aroma, like its predecessor, Afghan Kush, evoke the best very aromatic Afghan hash. As flowering does not depend on the photoperiod, she can be grown at any time of the year although yields improve the better the environmental conditions. A good tip for outdoor growing is to plant out as soon as the good weather starts then repeat a few days before harvesting the first crop to give two good harvests a year.

Some growers do more, though owing to the less favourable conditions, these crops tend to be less productive. For indoor growing we recommend a 20/4 light/dark cycle throughout.